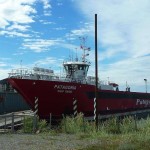 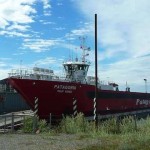 I was at the End of the World after all… 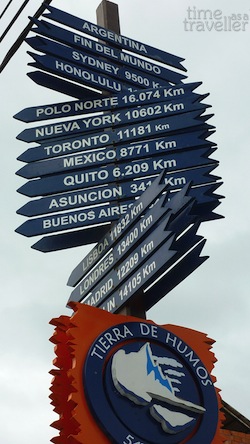 Any sane person would take a flight. I’d take a flight, if there were any… but there was a two week wait. Booking a flight ahead of time would have required planning, and in Patagonia we were already planning 2 weeks in advance, which was quite enough for this trip heavily based around Freedom.

We asked the receptionist at our hostel where we could book such a journey, and watched as his eyes widened with amazement that we would even consider it… so it was with a slight hesitation that we booked our tickets, handing over the same amount of money as a flight would have cost. We booked full cama seats for the last 36 hours of the journey, which means the seat is similar to a big leather lazy boy arm chair that reclines most of the way back. It was the first time I’ve ever done anything first class in my life.

I should have been dreading the thought of a 47 hour bus trip, and although I wasn’t ecstatic about the idea of it, I wasn’t dreading it either. Funnily enough, I found myself looking forward to it. 47 hours straight on the road. What an adventure. I’m aware that may sound sickly positive, but what can I say, after two and a half months on the road I’ve chilled. Maybe a little too much.

It got me thinking about distance…. Time and Distance. Time makes sense to me, I’m good at time. I’m the kind of girl who will arrive at a place right on time. I can organise time, work to within minutes of a set time frame, almost like I can move it and remake it…. my being gets Time.

But Distance….. Distance is my magical opposite. Distance does not make sense to me. The very core of my being cannot seem to measure distance, 5km or 50km…. its all the same. Right is always East and Left is always West, even when I make a 90 degree turn, yet I am able to find places perfectly well… almost like I have an internal compass in my chest that my feet follow but has no connection to my head. Distance also does not bother me, I can travel by road for extended hours and it has little effect on me… in fact, I love it. Could I really be immune to Distance? This would be the perfect time to find out. 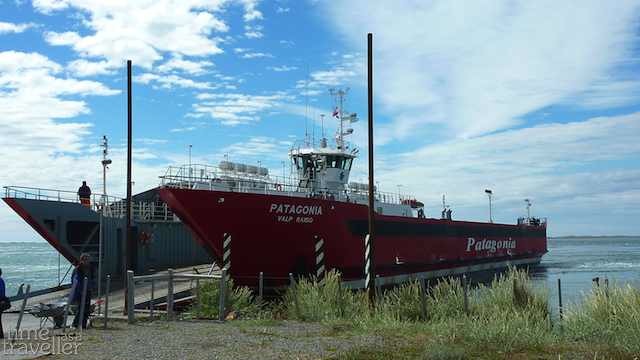 The bus route from Ushuaia to Buenos Aires heads north on Route 3, which snakes up the east coast of Argentina. This road doesn’t have the hype of Route 40, which sits on the border of Chile. Route 3 is paved. Our bus left Ushuaia at 5am for the 13 hour journey north to Rio Gallegos. During this ride we crossed the border back over to Chile, took a ferry, then crossed the border back over to Argentina. I calculated that I’ve now crossed the border between Chile and Argentina five times, which has taken up 2 precious pages of my depleting passport. We had a two hour break at the bus station of Rio Gallegos, which seems to be beautifully surrounded by so much nothing that I found a few laps around the bus station to be quite calming.

At 8pm we boarded our comfortable bus to Buenos Aires. Our home for the next 2 days. Our seats were up the back and were just as I had pictured ‘large lazy boy arm chairs’ just out of sight of the T.V. South Americans really are the champions of long haul bus travel. So I settled in with my little netbook, thanked the world for 10 hour life batteries, watched a movie and fell asleep to the rhythm of the bus.

Day 2 – We got out at a stop in the late afternoon. It was warm, the first time I’ve been warm wearing a singlet in a month of Patagonian Summer. I took off my shoes, and stood barefoot on the pavement for a little while… feeling the concrete underneath my feet while I ate an ice cream. I can’t remember the last time I walked barefoot. Even though I was standing on concrete, I felt like I could feel the dirt of the earth between my toes. It reminded me of summer at home when I was a kid, running up and down the pavement bare foot on hot summer evenings. I promised myself I’d do it more often.

When the sun set on day two it turned the landscape of never ending shrubs a pink colour. Endless desolate plains, turned a soft pink… I could easily have been driving through the outback in Australia.

When we finally arrived in Buenos Aires the 47 hour bus trip had become 52. Although the positivity I felt before the trip had definitely faltered by the time I arrived, 52 hours on a bus wasn’t as bad as it sounds. I felt like I had accomplished something big… something changing. The usual 16 hour road trip now wouldn’t cause me to bat an eyelid.

I really can’t begin to describe what I smelt like after 52 hours on a bus, but what I can tell you is that both myself and my travel buddy considered burning the clothes we had been wearing. My head was feeling slightly fuzzy and I had no idea what day it was any more, but I was pretty sure the month was January… and travel had taken on a whole new meaning. 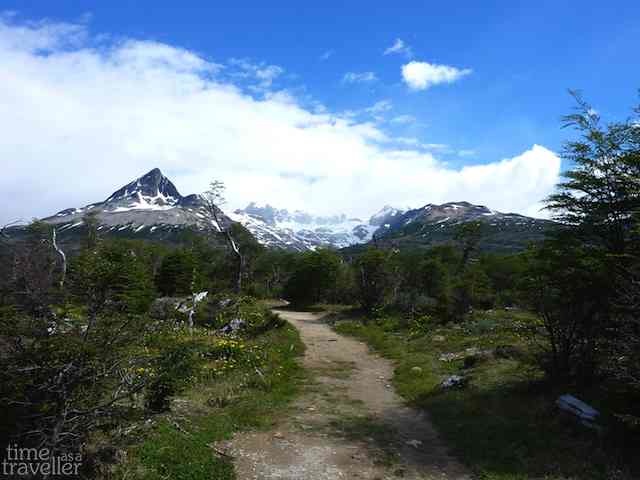 Getting Dirty in La Paz
Boquete – just when you think the journey ca...
Panama City
Leaving London – One Last Dash for Freedom&#...