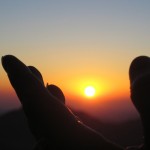 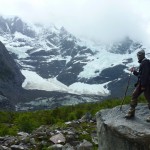 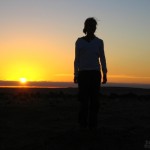 I firmly believe that if you have your freedom, and you are lucky enough to have love, then happiness is yours.

When I think about my travels over the past 7 years it all comes down to two things… my freedom and my passion.

For me, To travel is to breathe. I strap on my backpack and my feet take me off into the world. I do it on the cheap, I travel for months and months on end. I see new cultures, I learn new languages, I eat food I’ve never seen before. I see history. I touch structures that the ancients have touched.  I hike over mountain tops to arrive at breathtaking destinations. I make friends from all over the world.  For me ‘home’ is not a place that is confined to four walls.

And I am proud to say that I have made my life extraordinary.

This is no easy feat. It takes work. I live in the same world as everyone else, and money does not just fall into my lap. I have to work for it just as you do. But it’s what I do with it that makes all the difference.

Since I finished university in 2004 I’ve never had a permanent job. Never. Now don’t mistake that with not having ‘a job’, I’ve worked since the legal age of 14yrs 9 months almost to the day, when my mum marched me into Coles Supermarket and I became a ‘deli chick’. Then it was various café’s, bars, restaurants, and even in women’s ware Myers Burke Street store, until I finished uni. But since my ‘professional career’ began (if that’s what you‘d like to call it), I’ve contracted. I duck in and out of society as and when I need to put some money in the bank, and I purely contract.

I’ve thrown in the ‘security’ of having a permanent job to keep my freedom. I get a contract, I suck it up and work hard for the short term, I save my money, and when I’ve saved enough I pack up my backpack and off into the world I go… and I can breathe again.

I can’t count the number of times I’ve been told “Oh, you’re so lucky, being able to just go off and see the world”. But luck has nothing to do with it, I will tell you that now. It is a mindset. An idea. A decision. One decision. That is all it takes…. Then the world is yours. 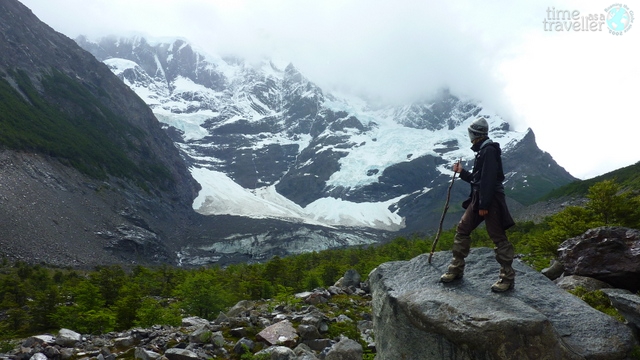 I’ve travelled to almost 50 countries throughout Europe, Africa, the Middle East, and Latin America. I’ve lived in Brazil, Mexico, Canada, London, Belfast, and even Wales. I’ve climbed around in the ruined temples of Baalbek, The Rose city of Petra, Machu Picchu, The Lost City in Colombia, I’ve touched the hieroglyphics on the pyramid walls of Egypt, strolled the alleys of Venice, put my finger in the bullet holes of houses in Sarajevo, hiked through Patagonia, marveled at Rome, taken a 52 hour long bus ride in Argentina, nearly drowned under a raft on the Zambizi River in Zimbabwe, been thrown off a camel in Morocco, watched the sun go down over the dunes of the Sahara desert and watched a full moon come up over the Atacama desert. I’ve slept in hammocks on secluded beaches, and even stood naked in a cold shower in a concrete box at Ngorongoro crater in Tanzania and watched as an elephant came right up to the window and stared at me through the bars… and that is just to name a few… all because I value experience over stuff.

… and then I wonder why I don’t fit in in standard society?? I know I am not the only one.

The headline for this post is a line from a movie I went to see last night, Cloud Atlas. The movie adaptation of the book by David Mitchell. Never before have I seen a film like it. It had a profound effect on me.

“I have seen too much of this world, I am not a good slave”

… It resonated with me like nothing before… it gave me an answer as to why I don’t fit in.

Modern Day Slavery. Being tied to a cubicle, a desk, a ‘department’. Having to work 9-5 in a job you don’t love, waking up in the morning and the first thought being “Shit, really??… Do I really have to do it again??” rather than a smile and heart fluttering excitement for the day ahead. Slavery, in today’s western world, wears a suit and a tie and the chains have found a way of disguising themselves in a shiny set of cufflinks. I can assure you that as human beings, we were not born for this.

And I…. as I have found out… do not make a good slave.

It’s taken me the past year and a half to figure out that this is good thing. And that being the minority does not make me wrong.

How many of you know someone who’s been off travelling and has such a hard time fitting in again?? I know quite a few. Maybe that’s even you. What I’ve come to notice is that after leaving home, the traveller cannot always go back. That’s something no one tells you. Now that is not everyone who goes off to see the world, but if that is you… you’ll feel it heavy in the centre of your chest. Something just isn’t right.

It’s not the going home that’s the problem, it’s returning to the system.

My ‘profession’ is an Occupational Therapist (or OT for those abbreviation savvy folk). Try saying that one three times as fast as you can. Fully In-The-System. The worst possible place for me. What was I thinking when I went to university?? No idea. Just something that would make an income I think, something that would keep my future family off the bread line. OT departments in large hospitals are among the cattiest places you will ever come across. They’re generally full of women who want power at all costs, a set of rules to enforce, and a nice set of shiny kitchen tiles. And if they so much as smell that you’re different to them, or you have something that they want… its game on.

And I am not often someone to stray away from a bit of adversity.

I question… I question all the time. I don’t bitch. I don’t bully, and I do not have a need to be a part of any ‘Inner Ring’. I have no need for power, over anything or anyone. But I don’t stop there. I do get involved.  And I do stand up for what I feel is right. And for that, I don’t fit in. I’m a ‘trouble maker’. And you know what? I’m ok with that, in fact I am proud that I do not fit in.

So in a few days time I have to go home again. I have to take a contract and focus on my finances, which I manage only in short bursts. Life is a balance, and with the good comes the not so good. As for my goal of freedom all year round without having to go back to the system to fund life, I’m solidly working on it. I’m changing the game, and changing the game takes time and a large set of silver balls. Yes, I am ready for the adversity this time. I am not a good slave, and I am proud of that.

So now I have a question for you… A challenge if you like.

The next time you have a choice….

A choice to stand up or keep quiet. To open your mouth or to keep it shut. To have an opinion. To get involved. To stand aside from the crowd or to fit in. To put aside your passion for the 9-5. To grab with two hands onto what stirs up your soul or to let it go. To be a part of an Inner Ring or to take the lonely road… What choice will you make?

Will you change the game? 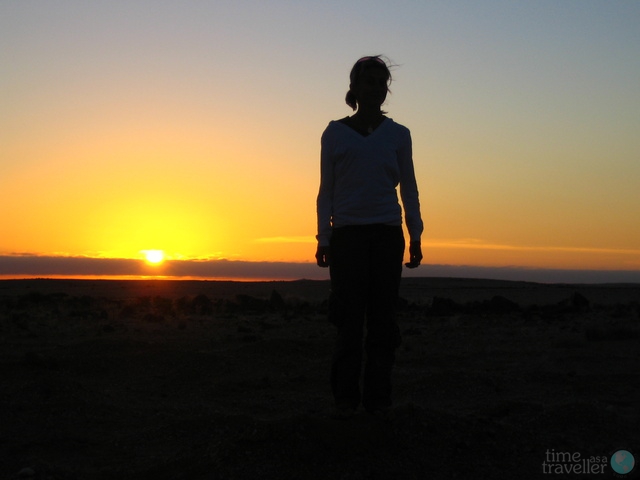