2012 a year of change as prophesy would have it. Whether it be destruction… enlightenment… truth…

2012 appears to be the year where big changes are made, where the lines are drawn in the sand. Both globally and for a lot of people, personally.

For me? Well to be honest, 2011 was so utterly rubbish that I’ll take the change. Whatever that may be. In 2011 I thought my traveling days were over. I arrived home after five years away and attempted to settle back into real life and society in general… I lasted nine months. Aparently, as the universe would have it, it just wasn’t my time.

This happened to coincide with my younger brother deciding it was time to give society the finger and head off backpacking around South America for the majority of the year. My older brother also decided it was time, and organised to meet him for a surfing adventure through Central America…

How do I fit in to the adventure? Well I just happened to be in the neighborhood and… well those who know me well know that I just can’t say no to travelling in Latin America.

So here we are. Three family members, two years separating each of us… taking a journey together. Crazyness?? Maybe.

Our Journey starts on the north coast of Colombia, in a town called Santa Marta. The plan is then to continue heading north up through Panama, Costa Rica, Nicaragua, El Salvador, and maybe even Guatemala and Mexico.

I’ll be documenting the adventure here at Time as a Traveller, and providing entertainment, travel tips and pics (and coincidently my mum is going to love it).

Why the choice of name? Well, I have a sneeky suspicion that freedoms may be short lived. After the trip each of us will have to draw our own lines in the sand… 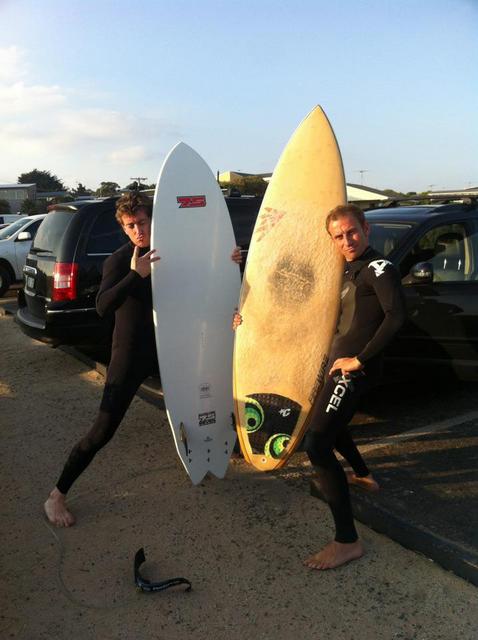 The Boys and the boards…