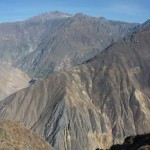 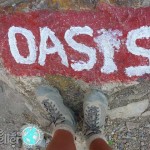 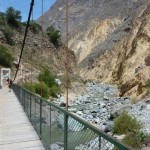 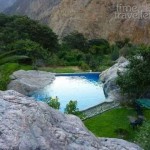 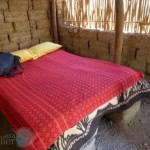 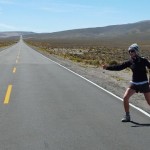 After small town Nazca I was looking for big things from Arequipa, and I wasn’t let down. 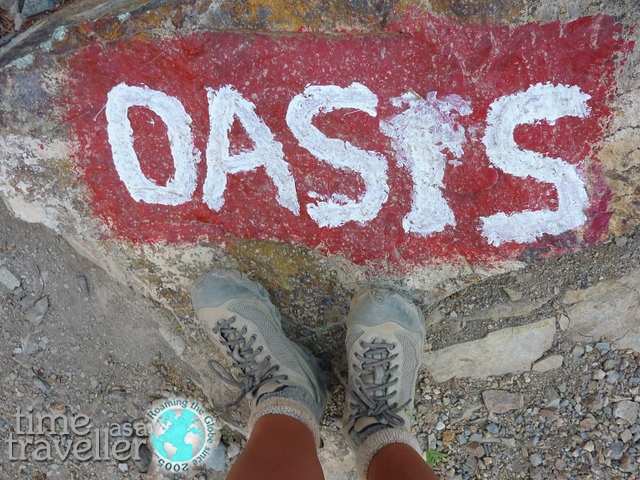 Arequipa is the second largest city on Peru and most people use it as a base for checking out Colca Canyon, which is twice as deep as the Grand Canyon in the USA and is home to some impressive condors. So, as good travellers, we promptly booked a two day tour to head out the following day.

There were 8 of us in total. We were picked up at 3am and, after a freezing cold ride in a mini bus which had seats that impressively bent you forward instead of reclining, we made it to the condor lookout by 8am. By 8:30 we were joined by a large amount of Japanese tourists and the condors came out to play. Condors, while being incredibly unattractive with a fat feathered body with a bald head, are impressive to watch. 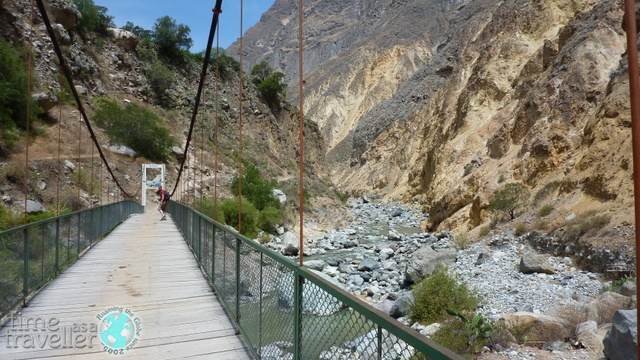 Later that morning we started our descent into the canyon. It took about 7 hours in total to arrive at the tiny oasis at the bottom. We hiked down into the canyon, stopped for lunch, hiked some more, stopped to listen to our English team member winge and have a cry because she was hot, walked past loads of cactus, kept hiking, ascended again, stopped and waited for the English chick to winge some more then watched as she made the tour guide carry her bag (man up?? I hear you), descended again, got to an ‘Oasis This Way’ sign, danced over a bridge, and finally arrived at the Oasis and our beds for the night. Pfew, what a day. 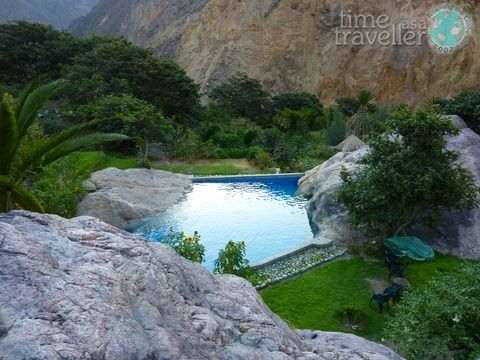 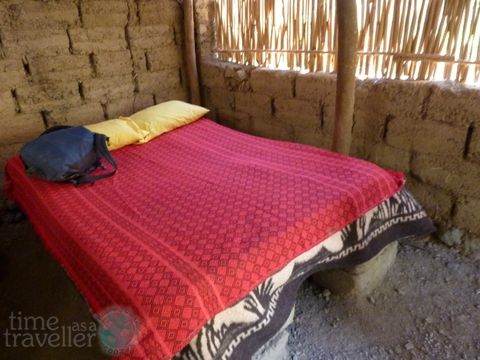 The lush green oasis down in the bottom of the canyon, complete with beautiful pools and palm trees, was magical and well worth the hike. Our beds for the night were in mud brick huts with dirt floors and thatched roofs. Rough and relaxing all at once, a really different experience. We later met a couple who stayed in the same place, heard a rustling in the night and found a big pig asleep under their bed.

The following morning we were up at 5 am to hike out. It was incredibly steep but came with the added benefit of taking only 3 hours. At the top we went through a field and back out through a small village. Later that day we went to some brilliant thermal pools and stopped of at the side of the road to see some Llamas. I couldn’t help but laugh to myself as I watched my Kiwi travel buddy run into the field with the Llamas quicker than anyone. You can take the kiwi out of New Zealand… ;0)

So, final recommendation: taking a hiking tour down into Colca Canyon is brilliant, and a must for anyone travelling through Peru. The only thing I’d recommend if you have the time is to go for a three day tour instead of two as it allows you to spend a whole afternoon in the Oasis.

Arequipa was the first time I really felt like I was on The Gringo Trail, a taste of things to come… 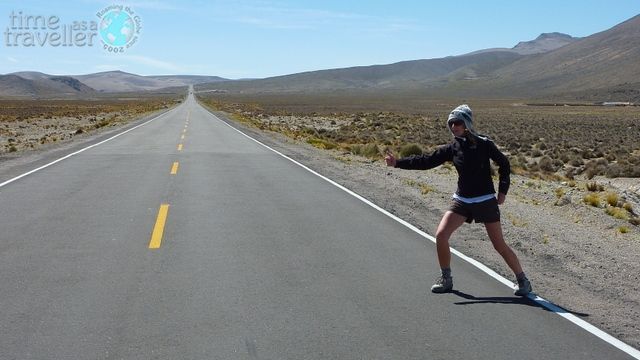