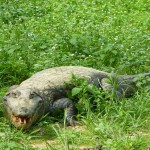 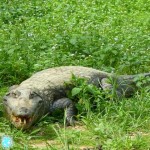 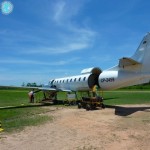 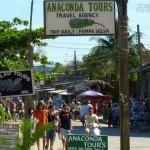 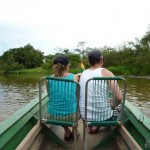 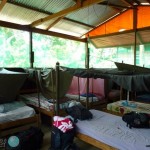 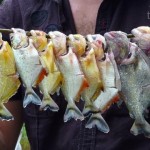 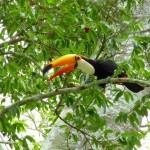 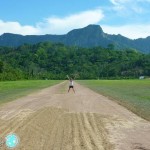 Welcome to the Jungle – Rurrenabaque, Bolivia

Think hot, humid and sticky. So humid you’re dripping in sweat, you’ve never been so hot in your entire life. You’re wandering how you could possibly get cooler, you consider cutting the ass cheeks out of your underwear, just to be wearing less clothing.

Welcome to the Jungle… 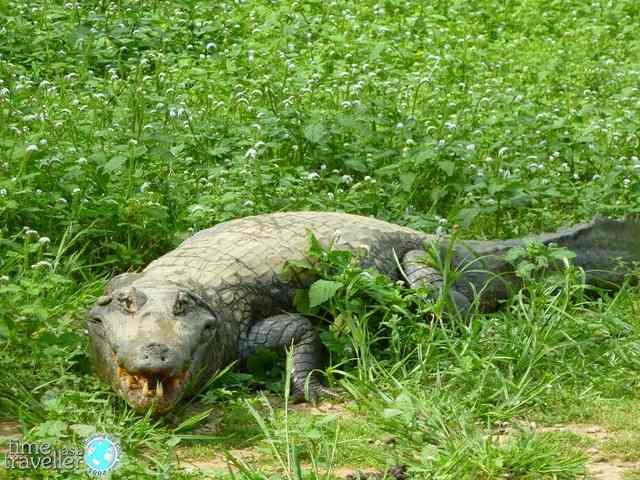 Rurrenabaque is in the north east of Bolivia, about a 45 minute flight from La Paz (or a 24 hour bus ride down a dry river bed for the more adventurous). Rurrenabaque airport is a dirt runway with a shack on the side and a few cows on the runway. Because of this, planes can’t land when it’s rainy. So be ready to have cancellations and disruptions if flying in from La Paz. The actual flight is a bumpy ride in a small 18 seater plane, a reminder of my Nazca experience. 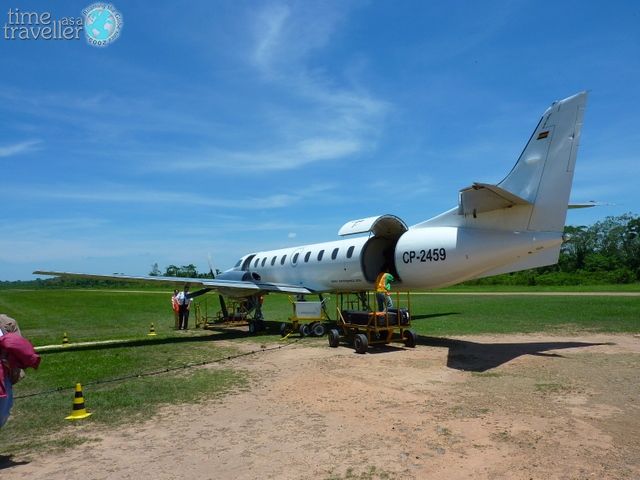 As a town Rurrenabaque is a cute little place, and because it’s so hot everything happens out on the street. Family’s watch TV and cook dinner out front of their homes, and every door and window is open. It has a peaceful community feel. From here you can do trips into the the Amazon Jungle (well an extension of it), cheaper than any where else, and a bucket load cheaper than from Brazil. So a lot of travellers venture to Rurrenabaque from La Paz, and off into the Amazon. 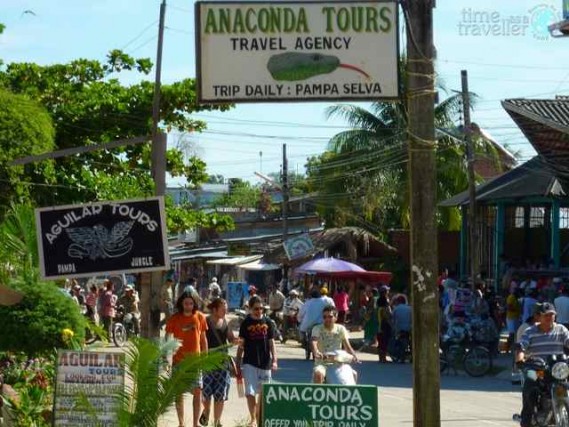 After arriving we found some accommodation with air conditioning (!!!) and a pool to relax by for the afternoon. While sitting on the edge of the pool a Blue Macaw came flying over and perched on the branch of a palm tree right next to me and eagles were riding the thermals over head. I sat there in awe… It doesn’t take long to love this place.

The next morning we jumped on a Pampas tour, which took us for three days into the jungle. Again there were only 4 of us on our tour, us and Nick and Lara – a couple on their honey moon, and our guide Fernando. It was a 3 hour drive down a dirt track to get from Rurrenabaque to the river where the trip starts. Our vehicle had a smashed windscreen, no seat belts, nothing on the dash was working, and the seats felt like they’d fall out any minute. Adventure plus. We made it to the river alive and jumped into our boat, which was a long canoe with seats set into it. 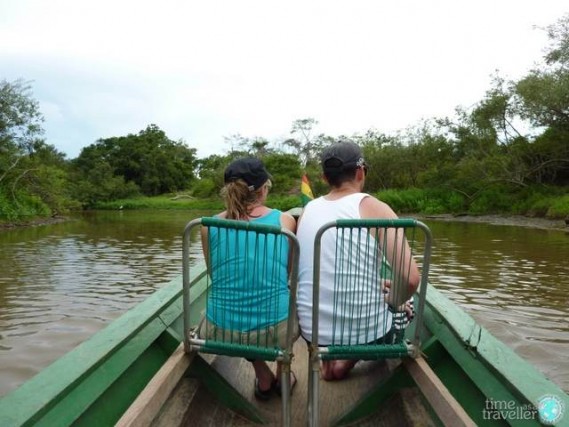 During the 4hour trip down the river we saw an array of wild life, hundreds of alligators and caiman, heron, eagles, and capybara the world’s largest rodent. That night we watched the sunset over the river in the sunset bar, and tried to sleep in pools of our own sweat under mosquito nets. 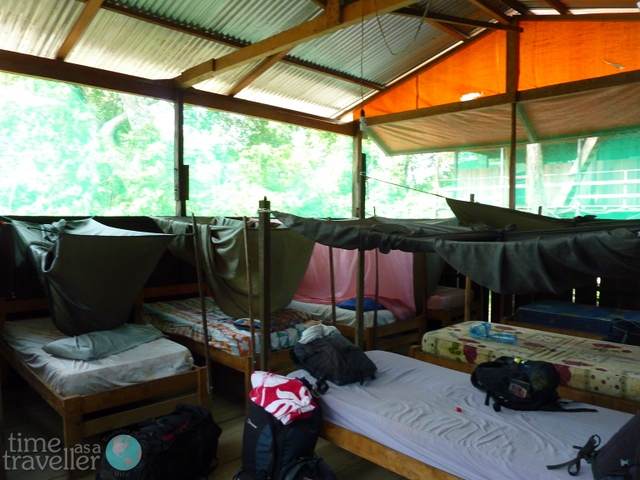 The following day I awoke to find a mouse had eaten holes in yesterdays t-shirt and was now asleep inside my jacket… although I didn’t find this out until i picked up my jacket, felt something heavy in it and shook it out… then came the loud thud and the fat mouse ran off along the floor. I stood there staring in a brief moment of realisation… then came the “oh shit” as I ran out of the room.

On day two we went anaconda hunting. I’d heard a lot about this from people who had been, and had mixed emotions about it. Would it be cool to see an anaconda… yes… would I want to be near an anaconda… no…. and then came the fear, the questions, and the potential escape plan formulating itself in the back of my mind.

First query, how exactly do you hunt for an Anaconda. Good question. Anaconda hunting involved pushing our way through the jungle until we arrived at a large lake surrounded by reeds. The tour guide then pocked around in the reeds with a large stick while we looked on from the edge, in the blazing heat. We could have gone in with him, but thought better of it. I wondered if anaconda’s are like sharks, you’re safe in a group than alone. We’d become quite fond of our guide Fernando, and I couldn’t help but wonder what we would do if he was in fact, taken by an anaconda because we’d let him go in alone…

So it was fair to say that I was scared for Fernanado and almost happy that he didn’t find an anaconda. But we did come across a green mamba snake which was pretty impressive. After making it back to camp and standing under cold showers to cool down, we chilled out for the afternoon in hammocks by the river. A toucan and some howler monkeys came into our camp which was incredible, and in the evening we set out piranha fishing. 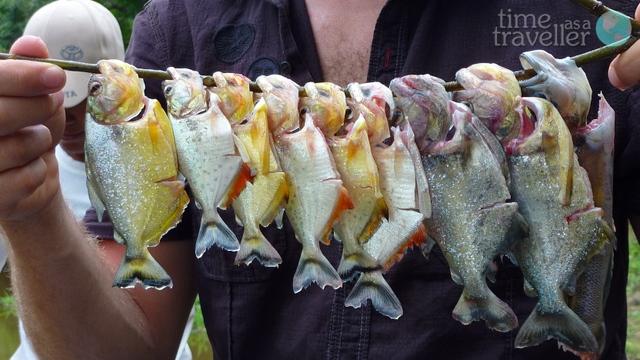 Let me say that again, Piranha Fishing… yes, we fished for Piranhas. We set out in the little canoe and set up in a small spot under a tree and threw our lines in with meat as bait. Now, if you’re expecting a hollywood style piranha gorge fest, then you’re in for disappointment,  it’s nothing like the movie. More like a few ripples in the water and then snatch, before you get a chance to pull the line in the bate is gone. I finally caught one, thankfully the others had some better luck, and we ate them for dinner. 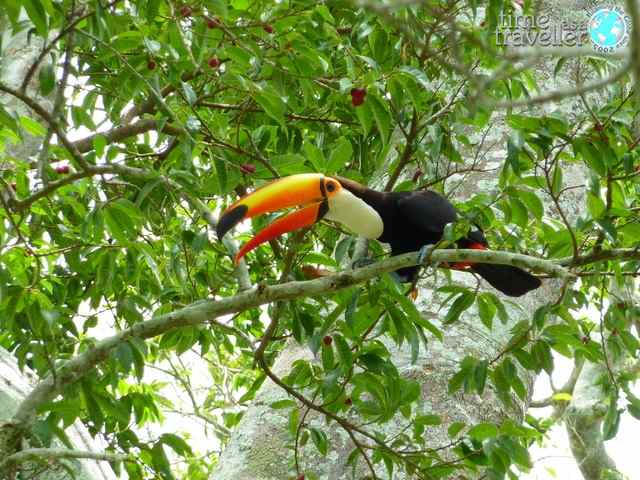 Day three we were up early to see the sunrise then went out in our boat. We went to shore in one area and two alligators came towards us instead of away. I was getting a little edgy until our guide introduced them as Peter and Casimara, two alligators who often come and say hello. Later that morning we piled our gear into the boat and headed out. We saw some pink river dolphins along the way and the boys got out and swam… in the water with the pink river dolphins… and the alligators… brave men. As we drove out the rain came, which was perfect timing for us, although the rain did make for an adventurous drive out.

As we were waiting for our flight back to La Paz, Diana – the Kiwi girl I’m met in La Paz, arrived on the back of a motor bike. It’s amazing how you bump into the same people everywhere on the gringo trail… 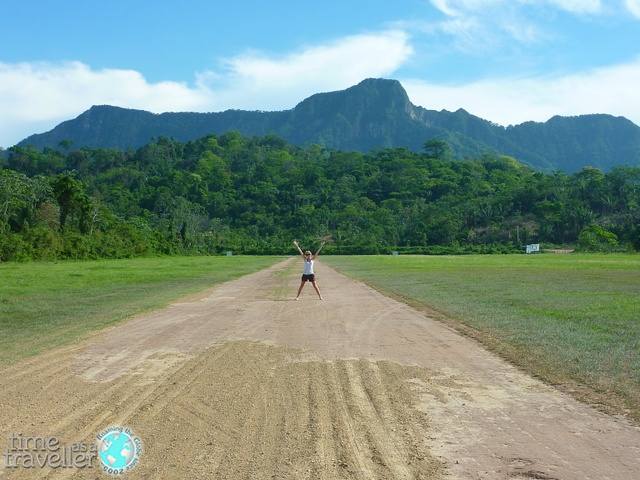