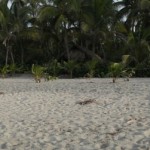 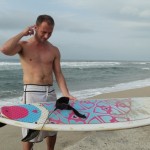 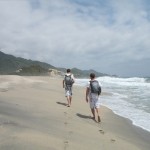 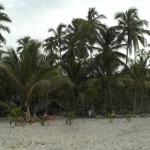 There are often times when travelling when I’ve sat back and thought deeply about life… in fact, travelling is the time when this happens the most for me.

Anthony had only been in Colombia two days before he was forced to ask himself a serious life question.

“Given no other options, does a real man surf with a pink board named Betty?” 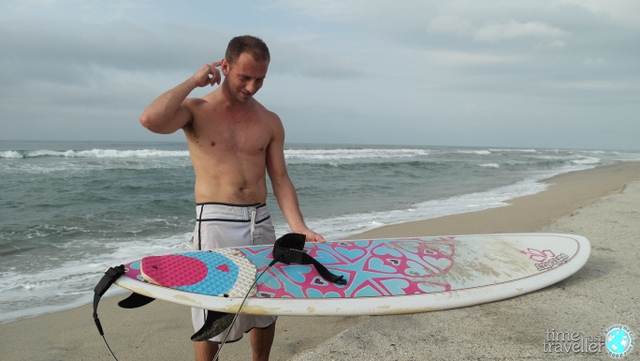 As per the tattooed guy hiring out the board, the answer was a resounding “yes”.

After 1 day of catching up in Santa Marta and getting the details of Bryces mugging story, we decided to head out to Parque Tayrona, with a slight detour for a night at a beach called Playa Costeno which the boys had heard had some surf. 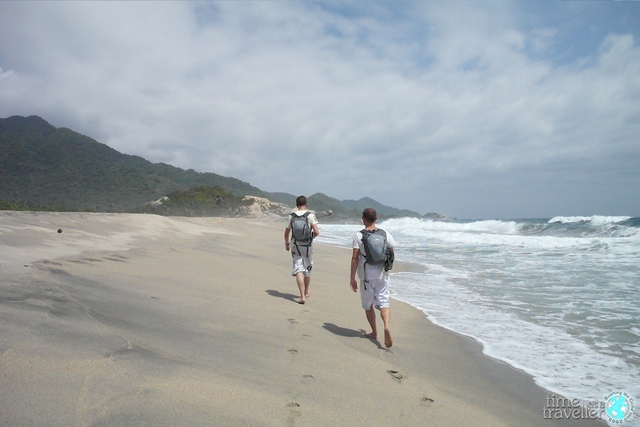 The path to Costeno

So we packed a small bag for a few days and took our first chicken bus of the trip out to a random stop on the side if the road about 45 mins out of Santa Marta. We got off the bus and stood there on the side of the road staring as the bus pulled away and left us with… a dirt track surrounded by fields. Queue this moment for a police truck to drive past us and down the dirt track with undesirable  looking men in the back sporting no uniforms and machine guns, and the general vibe became slightly uncomfortable.

We hesitantly followed the small dirt path that led to a beach in silence, and after another half hour of walking through soft, heavy sand in the blazing heat we finally stumbled upon a small clearing of hammocks and huts. This must have been the spot ourhostel had told us about. 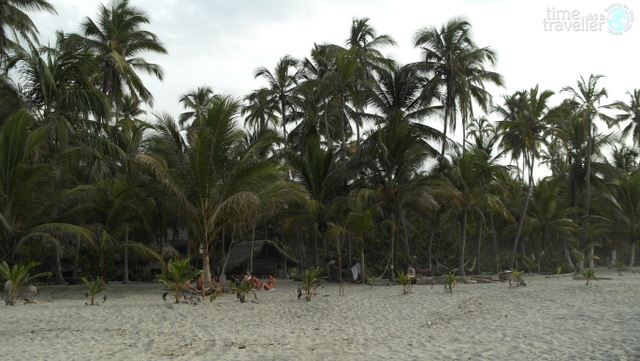 We checked in and sat down at a communal table to eat. We were surrounded by tanned travellers in bikinis, a littering of surf boards about the place, and palm trees…. Palm trees as far as the eye could see. Kind of like the movie  ‘The beach’…. Very nice.

After Anthony had his moment with life, he took Betty out for a spin at the beach. Although the waves initially weren’t as expected, the situation soon remedied itself and the boys surfed their way into sunset as I had my own little smile at life from the beach, and buried my toes in the sand and started breathing again for the first time in months…