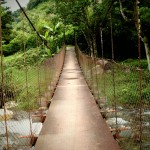 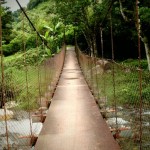 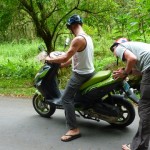 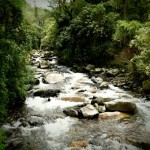 It’s midnight, we finally release our collective grip on the surfboard cover and stumble out of the taxi. We could be described as ‘wind swept’ at best. The hostel receptionist at Mamallenas in Boquete looks out the window and laughs at us. I don’t blame him, we are quite the spectacle, arriving in a sleepy little town in the highlands of panama at midnight half hanging out of a taxi and holding a surfboard onto the roof. I’m exhausted, it’s been a long journey… 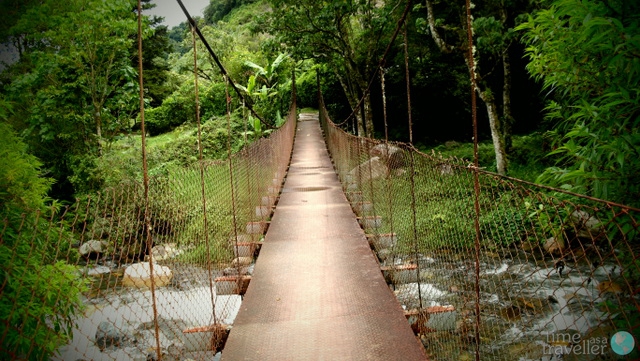 Journey in rewind ended when the freezer box pulled up at the bus station in David at 11pm, two hours later than we had expected to arrive. Hence all the buses through to Boquete had finished for the night and we had to take a taxi.

A young guy was happy to take us, even when I told him about the surf board… It wasn’t until he saw said surf board that he recoiled slightly, and  then mentioned something about the roof. I briefly recalled the 5 min journey in Santiago holding the surf boards to the roof of the taxi, it had been funny, we had all laughed… But now, faced with a 45 min drive into the highlands at midnight, with nothing to hold the surfboard to the roof other than our hands, we weren’t laughing. We’d already been travelling for eight hours on four different modes of transport and had two hours sitting on the road beside the Pan American highway. Exhaustion was setting in.

Backpacks squashed in the boot, the taxi driver strategically placed each if us around the taxi,  variables being strength, arm length and potential wind direction. The board balanced on the roof, we opened the windows, grabbed onto the cover, and drove. Things got a pretty interesting at 80km p/h when the wind picked up, but somehow we made it.

Eight hours, one 4WD, one chicken bus, two taxi rides holding surf board down to the roof, one refrigerated bus, one 2 hour sit on the side of the pan-amerian highway and one chicken chow mein later.  I felt a little twinge of proud that we finally made it to the end of our journey at midnight. 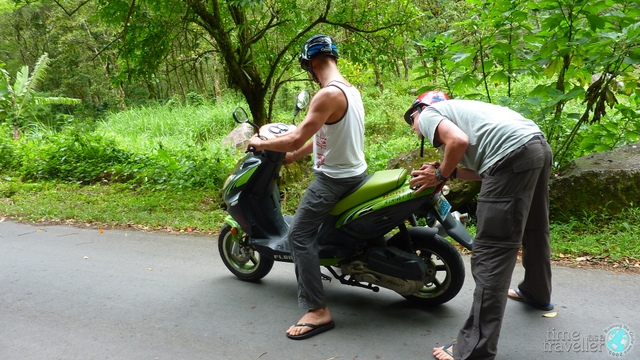 Boquete is a small town in the highlands of panama. It sits at about 1200 meters above sea level, and as such is kind of… cold. Which is nice after you’ve been travelling for weeks in tropical heat being eaten by various bugs and sweating 24/7.

My first morning in Boquete I also found out that, being in a colder part of the country, hostels have hot water.  As simple as that may sound, to me hot water now holds a special kind of magic.  In Central America you don’t get too many hot showers, so the experience must be savored. The surprise you experience when the cold water starts to become less so, which quickly turns to sheer joy when the water becomes hot. You relish it, basque in it, soap yourself up and dive back in again…. only then your three minutes are up. The hot turns to cold. Your smile becomes a frown. But you shrug your shoulders… It was an amazing three minutes. So this is how I started my first day in Boquete, with an amazing three minutes. 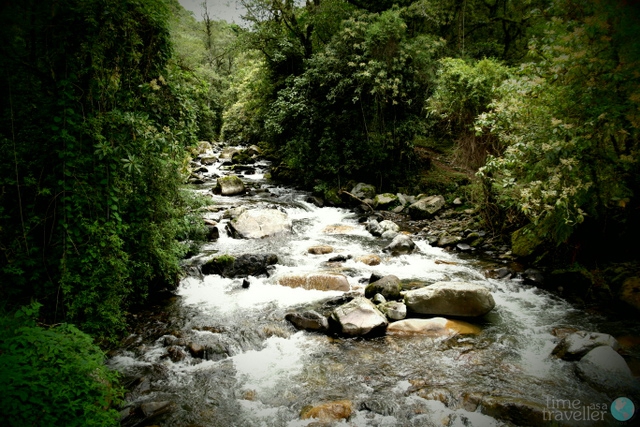 There’s lots to do out of Boquete, trecks up into the hills, hot springs, horse riding, quad biking, zip lining, white water rafting you name it, if its an outdoor adventure activity you can probably do it in Boquete. We settled on one day of motorbiking around the mountains. Anthony and I on one bike and Bryce and our new found friend on another. Other than one small breaking down incident (where Anthony swiftly taught himself to fix a motorbike on a dirt road in the middle of nowhere), the day was great. The hills surrounding Boquete are really beautiful, so we spent the day scooting around the hills, drinking coffee, and scooting around the hills some more.

After a full two days we left Boquete headed for Bocas del Toro. We had picked up two new travel buddies and managed to convince the hostel to drive us all to Almirante, making the journey three hours rather than the six hours it would have been via the public bus. The drive through the hills back down to sea level was even more spectacular, making me feel like I may have missed something by not spending more time in Boquete…