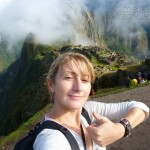 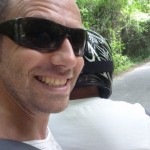 It’s 5:32am in Canada… I can barely convey how tired I am. Thankfully, I’m being fed coffee. I have 4 flights over the next 24 hours… and many hours in airports.I feel rubbish, but through my hazy eyes I can tell you that I have never been so excited about my travel companions.

See u in Colombia,

The three of us were coming from three different directions to meet up in Santa Marta on the north coast of Colombia. I was flying down from Canada, Anthony was flying straight from Australia via Los Angeles, and Bryce was flying up fro Quito in Ecuador. What could possibly go wrong?

My adventure started with a flight from Calgary to Cancun, an airport I’m far too familiar with. My attempt to check my backpack all the way through from Cancun to Santa Marta was met with a dubious stare and multiple ‘No’ from the check in attendant at Cancun airport. So, after 3 different people came and went I was informed that my bag could, infact, be checked striaight through. I on the other hand could ot be, and would have to queue for a boarding pass at each airport.

So I anxiously said a silent goodbye to my backpack, briefly feeling as though it maybe goodbye forever to the pack that has been with me for six years.

Leaving Cancun airport, I walked out onto the tarmac and was greeted with a face full of sticky humid air, a bright full moon, and a dark sky. All of a sudden I felt like a traveller leaving on a long journey. I stopped and smiled, I had been waiting for this feeling.

Once up in the air the reminance of a pink and orange sunset still lingered on the horizon before fading over the earth into a dark grey. I pulled the hood of my jumper over my head and stared out at it as the air conditioning overpowered the aircraft and Paul Simon sang ‘The Boxer’ on my iPod.

Getting into Mexico City airport my false sense of security  was soon torn away from me. I was assured that as I didn’t have a boarding pass for my next flight, I’d have to exit the airport via the baggage area before getting my connecting flight to Bogota. So I did just that… and then stood in the arrivals area of the domestic terminal completely lost. I asked three different people how to get to the international terminal, to which I received three different answers ranging from bus to train to ‘Oooh its so far away, you’ll need to take an expensive taxi”, not exactly what I was looking for at 11 pm in Mexico City. I was finally directed to a train station, only to be told that the last one had left 5 minutes ago and I really should have gone directly through transit from my domestic flight…. Right, awesome. Now you tell me that. So I was left with little other options when a small old Colombian man joined me with the same problem. He managed to pry further info from the train lady, that there was a bus, but it would take a very long time.

So little old Colombian man and I roamed around outside the airport until we found the bus, him asking for directions and me providing the Mexican pesos we needed for the journey, and managed to arrive at the international terminal after a whole 10 minute bus ride…. Something didn’t quite make sense but I was glad to have finally arrived.

I checked into my flight and finally got my remaining two boarding passes. As I left the counter the check in attendant said “oh and someone will let u know at the gate if your bag is on board”…. I stopped, my heart sank a little, I had never heard those words at the check in counter before. “Oh, so my bag is not on the flight?”, “Ah… well its not showing up on the flight yet… this happens, it will come” was the response. I walked off with my head hung and a little sad… my backpack that had never once been lost on a flight for 6 years… was gone forever.

I fought to keep my eyes open until the 2.15am flight, and when I finally boarded I fell into the seat, put a blanket over my face, and fell into a deep sleep before the flight even took off. I had been on the go for 18 hours already.

Four and a half hours later I was rudely awoken by touch down and was whisked way to Bogota domestic airport… which consists of a room with some chairs and a footpath outside. I walked back and forth for another three hours waiting for my brother to show up. He’d be on my last flight, and finally I wouldn’t have to keep my eyes open to watch my things. So I waited… and I waited… and I waited… and I boarded the flight… and going on 24 hours since I left Canada, I slept.

Again I slept through take off and landing (its becoming quite the skill to have) and woke up as the seat belt sign went off. As I exited the plane I looked for Bryce everywhere… no sign of him. I walked out of the old shack that is Santa Marta airport and into the heat of north coast Colombia. I found 2 atm’s… both of which were broken. I then stood at the baggage carousel wondering how exactly to pay the taxi driver (yes, should have thought of that at Bogota airport, it seems that the years of travel have led me to become too relaxed) when surprisingly my old, red backpack came trundling along the baggage carousel looking as tired as I was. It had found its way. The only trauma caused to my backpack appeared to be the explosion of my shampoo bottle in the top section and an odd ‘moist’ that covered the pack.

I remember last time I was over this side of the world, arriving at Latin American airports always with a slight amount of anxiety in my belly as to whether I’d make it to the hostel with all my belongings… this time I didn’t have that. Not at all. I confidently strolled outside, found a taxi driver, handed over the name of the hostel I’d written on a scrap of paper, and off we went. On route I discussed my financial situation, after which he agreed to accept 2000 Colombian pesos and $14 US dollars I happened to have from previous trips… only if I threw in the fancy $20 Canadian dollar note he saw in my hand “its worth nothing here, but I like it” is what he said, and with zero Colombian pesos I didn’t exactly have much bargaining power. So we settled on him over charging me in foreign currency with a smile… and me getting to my accommodation.

Finally I arrived at La Brisa Loca hostel in Santa Marta in one piece with my luggage intact… 26 hours after leaving Canada. I couldn’t have been more relieved. Although I was wondering where my younger brother had gotten to. Apparently I wasn’t the only one who’d had a rough ride… 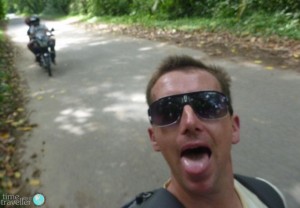 For 6 unbelievably awesome weeks backpacking through South America I occasionally think to myself – “Im a pretty smart traveller. I don’t get mugged, I don’t lose valuables and I don’t miss flights… those that do must just be careless.”

Quito, Equador – Tuesday morning around the time Im supposed to be on the same flight as my sister to Columbia I think to myself… “What time is it, why do I have a bruised head, where is my iphone and why is my camera broken?”

A vague recollection of rolling around on the street wrestling springs to mind until a surprisingly familiar voice next to me chimes in with better recollection of our walk home from a local nightspot . “You got mugged”.

And there begins my trip to Columbia, slightly lighter on luggage and a little sore, but apparently with good drunken wrestling skills. A day later and a sketchy night’s sleep on a random hostel couch in Bogota (thankyou Hostel Sue for putting me up even though you had no beds), I arrive in Santa Marta to a familiar but oh so surreal picture…a smiling bro and sis. 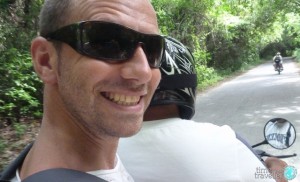 Sometimes delays work in your favour. To get to the meeting point required me to take a flight to Sydney, then to L.A, nearly two days stopover and then flights to Panama, Bogota and Santa Marta.

I arrived in Sydney to find that all the check-in software was down. This doubled the queue time and I ended up chatting to a surfer originally from Sydney who had lived in L.A for the last 10 years. He offered to put me up for the night in Long Beach – that was shweet as I had nowhere to stay at that point. It turned out that he was in the wrong queue as well – double bang.

After arriving at Long Beach in a taxi ride with Jerry Springer’s finest character, it turned out that Jez wasn’t there yet, but one of his mates who also crashes on couches greeted me at the door. ‘Pauly’ is a hundred miles an hour and then some, and before I knew it I’m bar hopping around Belmont. Friggin love the L.A bars – lost count of how many but after we met up with Jez and his other flatmate, I think the last bar was a strip joint unless the girls in L.A are more liberal than I realised.

Whilst still hung over, I got to begin the surfing trip a little early with a quick surf at the famous Huntington beach on the right side of the pier. Apparently it is pretty polluted these days, so I squashed my lips shut , trying to intake as little poo as is possible. Got some fun yet cross shore waves but my eyes did sting for  few days after though… is this pink eye?

The rest of the journey to Santa Marta was a non-event, except that a scotch and coke communication breakdown with an airline steward, resulted in me being handed a full glass of scotch, a glass of water and two glasses of coke. Not a bad thing but, almost on que, the plane went through some turbulence, not seen since ‘flying high’. I managed to save the top three glasses from going over the east/west border of the eating tray, but opened a gap at the southerly(crotch end) and the coke saw the gap and then went for it. Whilst unsuccessfully trying to save the coke, the scotch too saw his chance and also ended up in my lap. Thus I smelt like a brewery for the next two legs of my journey…

And so it begins….

How to manage your money when travelling in Latin ...
Puno, Peru
Inca Trail, Machu Picchu
Cartagena, By Photos