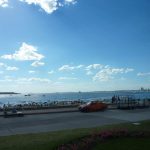 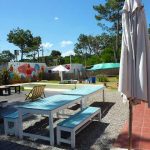 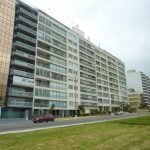 Uruguay was never on our Itinerary but I’d heard good things about a resort town called Punta del Este on the southern tip of Uruguay, which was only 6 hours form Buenos Aires. So we decided to take 3 days out and check it out.

To reach Punta del Este we woke up bright and early to take a three hour ferry ride to Montevideo followed by a three hour bus ride to the resort town. I had heard that Punta del Este was quite busy over summer, with the population being boosted by anything up to 15,000 people, but what I wasn’t aware of was that the majority of that number was made up of 18 year olds… who appeared to be on Schoolies Week (in Australia, schoolies week is where high school students spend a week partying after graduation, its renowned for being messy and is generally avoided by anyone not directly participating). 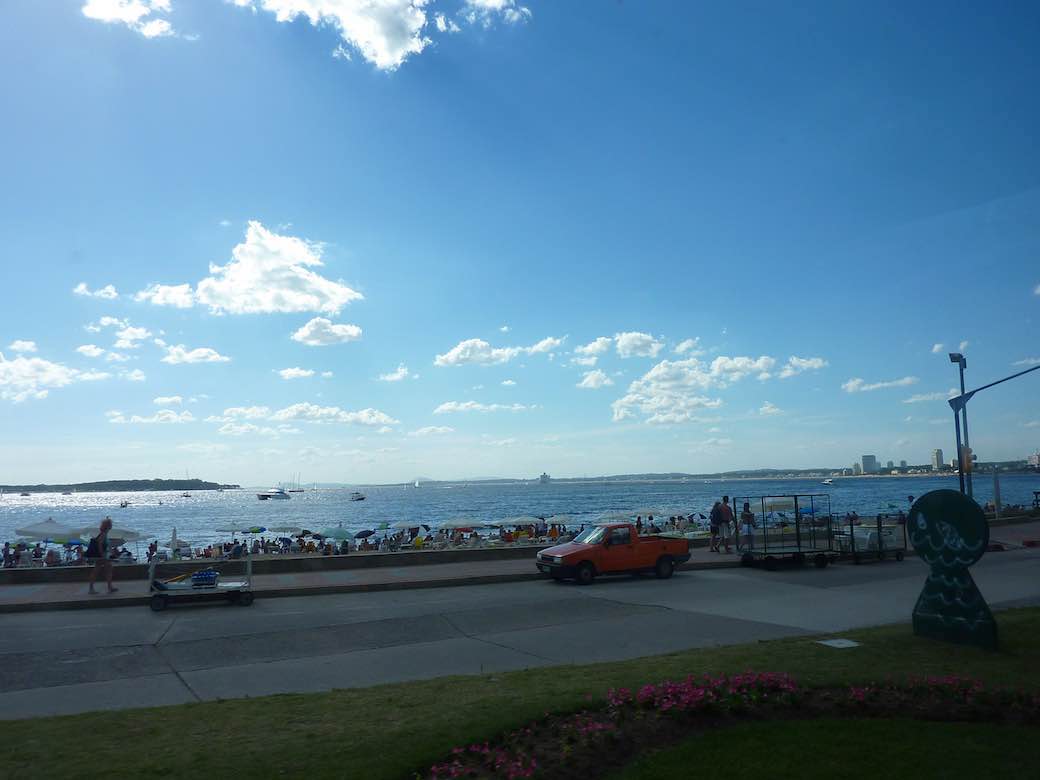 We had booked a random hostel, not really looking at the details too clearly. It turned out that the hostel was a half hour bus ride out of town, in a small place called Manantiales. But the hostel had a pool and there was a surf beach near by so we weren’t too fussed by the bus ride. We arrived at something that looked completely different to the pictures on hostel world. There was a dirty dark green pool with a sign saying “polluted water, do not swim”, and our dorm was a small dirty room in a building out the back, which they had somehow managed to squeeze three bunk beds into. For the thirteen rooms which were out in this block there were two outdoor showers and two toilets which looked as though they had never been cleaned. For future reference, don’t ever stay at Viajero’s Manantiales Hostel, it’s a bit disgusting. 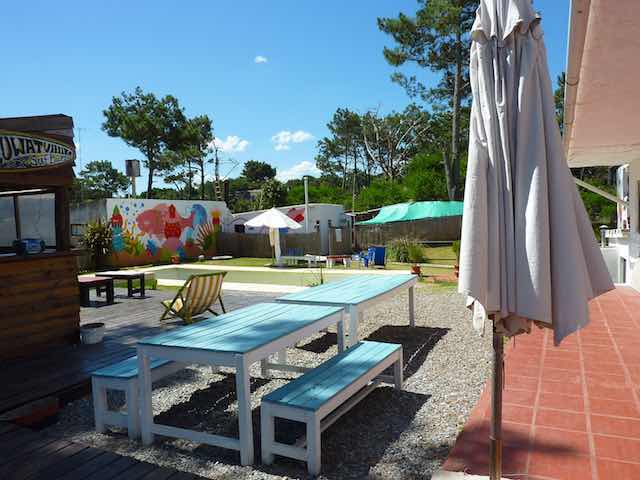 Day two we decided to head down to the beach, where we met up with Alan and Glen who had come out from Buenos Aires to meet us. The beach was nice but there were a bunch of red flags up which meant it was too dangerous to swim, so we just hung out on the beach and all ended up getting very sun burnt. These red flags were up for each of the 4 days we were there. So, there was no swimming at the hostel or the beach… had the hostel lied on almost everything in their advert?? The pool was polluted, there was no swimmable beach near by, and Manantiales became a ghost town after dark. So we went back into town to meet the boys for a night out.

It was only 8pm, so in an effort to save on cash in this outrageously expensive town we took a few drinks down to the beach, and we watched the sun set. It turned into quite a big night as we hopped around a few bars in town and the cocktails came out. It was an eventful evening, which ended when I lost my travel buddy and ended up having to take a very expensive taxi home on my own. 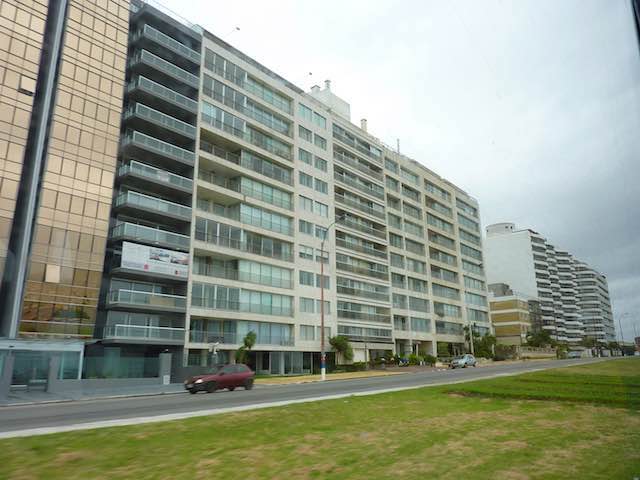 Our final day in Punta del Este was spent getting back to Buenos Aires very hung over and sunburnt. We were pretty over it by this point. Other than our one big night out, Punta del Este was ok but relatively uneventful, and definitely not worth the money you pay to stay there. I really don’t think I’d recommend it to anyone other than Argentinians on schoolies week. In fact, even this blog post is uneventful…. just a marker for the timeline. My sincerest apologies if you read this far, that’s a few minutes of your life you’ll never get back. I will make up for this in future posts.

In retrospect, this was one of those travel moments where we should have pulled the plug on arrival in Puna del Este, and seen what else Uruguay had to offer. Lesson learnt for the future.