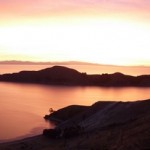 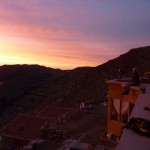 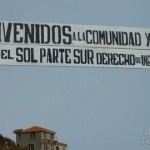 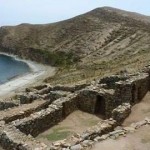 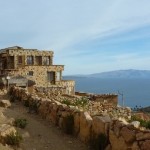 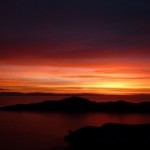 I’m sitting on the edge of a balcony of a small hostel looking out over Lake Titicaca and the outline of Isla del Sol at sunset. There are other people dotted around the place, all in hiking gear and all of which seem to have stumbled upon this place too. The view is absolutely stunning. 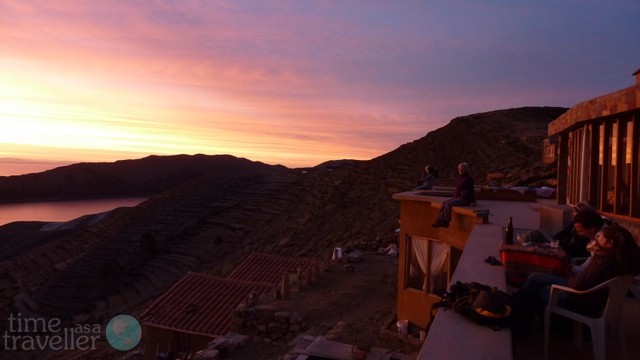 Isla del Sol is a small island on Lake Titicaca, two hours from the town of Copacabana in Bolivia. Upon hearing that it’s known as the birth place of the Incas, I just had to go and check it out.

After a long and disjointed conversation with the receptionist at our hostel in Copacabana, we finally got tickets and jumped in a little run down boat over to the island. I had a sneaky suspicion the 2 hour trip was due to the tiny motor on the boat rather than distance, so I laid back on my rickety seat and got some sleep, listening to the clanging of the people sitting on the thin dodgy wooden roof. 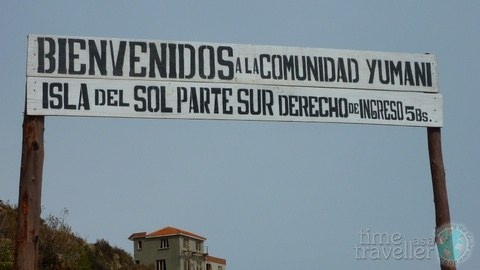 Isla Del Sol is quite barren and isolated, and wasn’t exactly what I had pictured of a place that is believed to be magical. We started our 4 hour walk from north to south, seeing ruins along the way and the Sacred Rock, where the Incas believed the sun god was born. 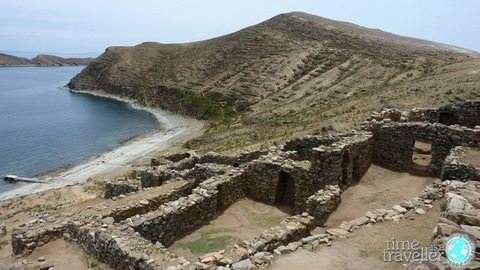 We were initially charged 10 Bolivianos to walk from north to south, then along the way someone else had put up another booth for a further 5 Bolivianos, and then another and so on. I’m starting to get that this is just what Bolivia is like, but considering 5 bolivianos is about .50p I didn’t really mind. Finding it tough to keep up with my ‘Hiking He-Man’ travel buddy I spent part of the trek walking alone, part trying to brush up on my Spanish in a conversation with an Argentinian guy, and part watching out for two rabid dogs who were known to have bitten a few travellers on the island.

Today there was another highlight. A different type of highlight, one that you keep in the back of your mind to tell other travellers heading in the direction that you’ve come from. It was a toilet. I know, most of you are wondering what could be so special about a toilet. But you see, when you’re backpacking around South America overland, the next toilet stop and what it might provide starts to hold more and more weight in your mind. You carry toilet paper with you everywhere you go just in case (kindly donated from hostels along the way). This toilet was not just any toilet. It was toward the end of the track that I found a toilet and tentatively went in, expecting the usual missing seat, no paper, and a bucket to flush. To my surprise I had stumbled upon luxury. Not only did the toilet have a seat, but it had a padded seat. Not only did this toilet have paper, it had soft white paper. And not only did this toilet have running water, but it had soap as well. Although it may sound somewhat inappropriate to write about, for me it was quite a find. 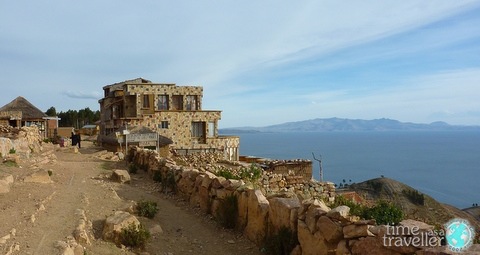 Close to the end of the track we started looking for somewhere to stay the night, and we found a half finished guest house. We paid thirty Bolivianos each and dropped our bags for the night. The bathroom, despite the lights going dim when the electric shower turned on and having to stand to reach the toilet roll holder, was more than we were expecting. Not that it mattered, I had no soap, no towel, and no clean clothes anyway. A shower was of no use to me.

And here I am, back at the beginning. Sitting in my dirty clothes on the balcony of the hostel in my woolly, ear covering beanie, watching a beautiful sunset over Lake Titicaca… 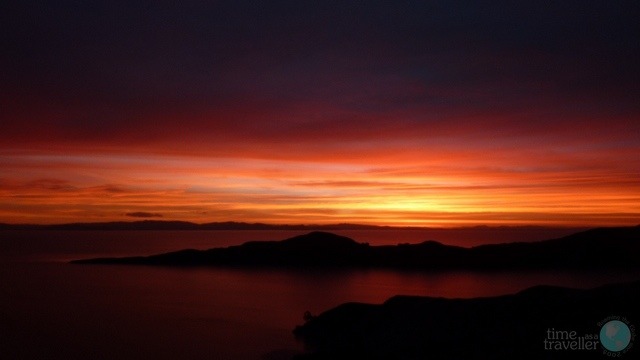 “I Have Seen Too Much Of This World… I...
Ushuaia to Buenos Aires – The 52 hour Bus Ri...
Route 40 Patagonia – Join the Joyride
A Tribute to my fallen Brother