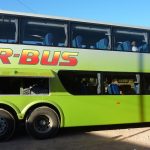 I love travelling by night bus in South America.

But I do, I LOVE IT. With big fat dirty capital letters.  Most people will give an array of horrid cramped experiences. And they're telling you the truth, it's a tough experience. But a wonderful one. Why do I love night bus travel in South America? It's the adventure. The intrigue. The... Open Road. I love taking the time to get to a destination... feeling the distance between one place and another. Yes there is potential for danger, for stolen possessions, for bus hijackings, for short overweight Bolivian men to try to serenade you. I even know a guy who had... well... a 'stomach bug', but had to take that particular night bus, so he taped around the ankles of his jeans incase he sh*t himself en route. Yes really. There's potential for just about anything on the night bus, including getting stuck sitting next to that guy.

You have options of swish to ... not so swish. And I've taken all of them. The first time was in Peru, from Cuzco to Nazca and quite a nice experience. Then there was a not so nice experience in Bolivia, an awesome adventure on Route 40 in Patagonia, and even a 52 hour long bus ride from Ushuaia to Buenos Aires. I've even ditched the night bus and taken a long haul cramped mini-bus in the south of Colombia (and a milk truck in Ecuador, but that's another story), and many many a chicken bus. And I'd do them all again, just as they were.

If you're travelling in South America for any length of time or between countries, chances are you'll be taking a night bus. So without further delay, here are my lessons for the road:

It literally means 'bed' or 'half bed'. They are your two options on most night buses. A Semi-Cama option is cheaper and is your standard bus seat but it reclines further than normal, about half way. Cama is deluxe and more expensive. Depending on the bus company, it's often like a big leather lazy boy arm chair. It reclines almost all the way and is in a separate section of the bus, usually on the bottom level. Cama seats often include service on the bus. I found Semi-Cama to be fine for most trips up to about 15-20 hours, but I'm compact and can sleep on any moving vehicle. Except for the 52 hour bus ride, when my Cama bus ticket cost the same as a flight.

I'm not just talking a jumper, I'm talking a long sleeve top, a jumper, a down jacket, long pants and woollen socks. It may be 40 degrees outside, but inside the bus its sub-zero. Pretty much dress for the snow. South American bus drivers love air-conditioning, like they loooooooove it. They will pump the air-con for the entire trip, and it will get freezing cold. From the most expensive to the cheapest bus company, this is one way they are all equal. My advice? Wear your summer gear on the bus and take all of the above items of clothing in your carry on pack. And a blanket if you have one. I take my sleeping bag on and snuggle into that.

Ensure all your gadgets are fully charged before getting on the bus, and make sure you carry headphones. With a flashy bus company like Cruz del Sur in Peru, you're likely to have a tv on the bus with movies that have English subtitles. But on a cheaper bus, or any bus in Central America, you're likely to have an assortment of country music clips, all of which will feature a small round latino fellow who has lost the heart of his gorgeous model girlfriend and is pouring his heart out in the middle of a field... with an accordion... they always have an accordion. Carry earplugs.

Most will have a toilet, the cheaper ones that don't will provide toilet stops, occasionally this might be in the middle of nowhere where you all get out and pee together on the side of the road. Take toilet paper and hand sanitiser. This is often why your hostel will be out of toilet paper, people take it for the bus ride. Regardless of how nice the toilet is on a bus, they're all going to get nasty at some point of the 15 hour+ long bus trip.

Any long-haul road travel in South America will involve having Snickers bars for breakfast... and lunch... and snacks. It's the one staple you seem to find everywhere. If you want to avoid this, take food. There will be food stops but don't depend on these. A food bag is a good idea, keeping it separate to your important things means you can leave it in the hold above your head on the bus.

Night-buses get hijacked. It's rare and it never happened to me but I met a few travellers this happened to. A hijacking can be anything from your onboard stuff being stollen at gunpoint to everything on the bus being taken and everyone being marched off the bus... not always to get back on. This is the extreme, it's more common for things to get stollen, either from the overhead storage on the bus or your pack from underneath. Prepare to be ok should one or the other get taken, and always carry your most valuable stuff, passports and money resources, on your person. There are precautions you can take to give you the best chance of getting to your destination with all your stuff:

How to carry your stuff

And finally, don't let your hostel book your bus ticket for you. They'll likely book you on a very cheap bus but charge you the fee of the expensive bus. Research the best bus company (if that's what you're looking for), go to the bus terminal and do it yourself. I found this out the hard way when I was relatively new to long-haul bus travel in South America, on a 'Trans-Copacabana' bus which was booked by Wild Rovers hostel in La Paz. You can read that story here. Alternatively if comfort and safety don't bother you and you're looking for more adventure, like the way I became after a few months of backpacking in South America, then screw it and book whatever you find available.

One final tip, enjoy the ride. 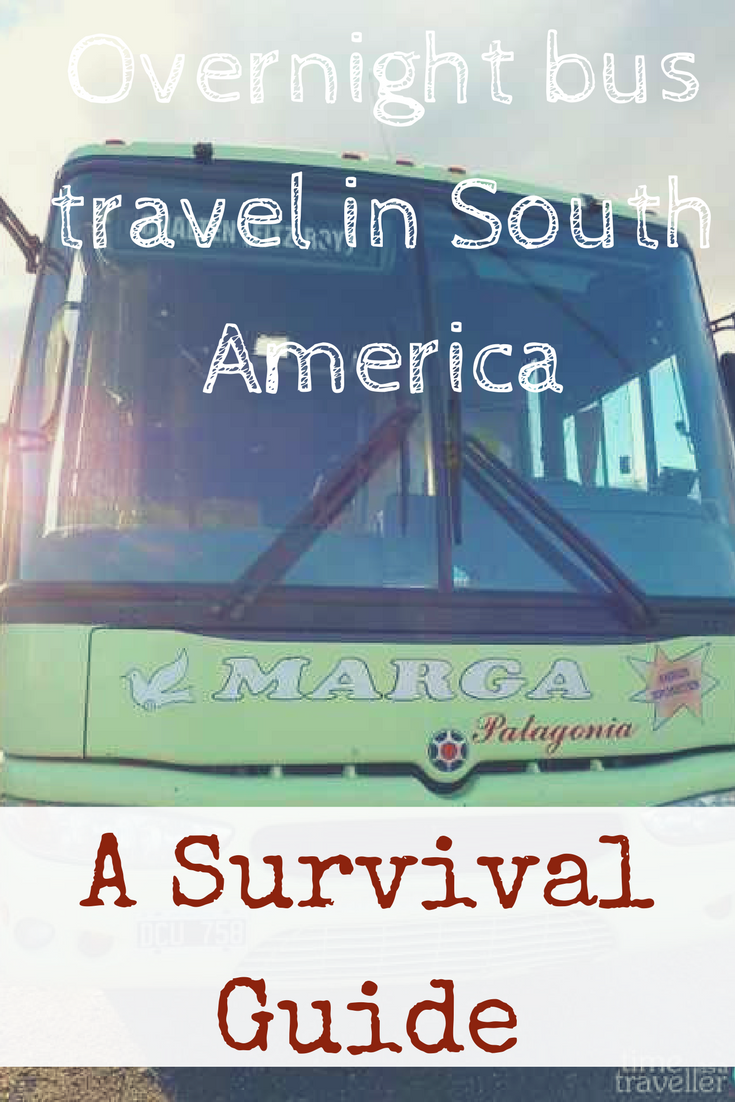 What do you think? Did we cover everything? Tell us your additional tips in the comments section below!

Cartagena, By Photos
Bariloche, Argentina
Childhood Dreams – San Pedro de Atacama, Chi...
“I Have Seen Too Much Of This World… I...