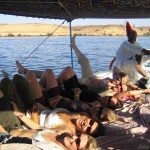 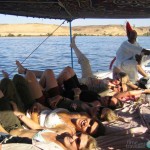 After all, London life was… nice… very nice in fact.

I turned contract after contract interspersed with months of travel on end. When the money ran out I simply phoned my agency, lined up more work, and went back to London. It was quite the lifestyle. I worked a total of 16 different contracts over 14 different hospitals. I lived in a total of 3 hostels, 3 sets of hospital accommodation, and 6 share houses… in my 4 years in London. I met countless new and interesting people, had fantastic housemates who would become family, and met people on the road who would influence my life in countless ways and send me shooting off in directions I never would have dreamed. I saw Europe. Only instead of being content with that, my list of places I needed to see before I went home became longer. My appetite to see the world only became more insatiable. Each ‘last contract’ I worked became ‘one more’ in a bid to fund just a few more months on the road.

London was easy… London was always there…. London funded my dreams.

Europe became the Middle East, the Middle East became Morocco, Morocco became Africa… and when I was done with that I went back for seconds. Each country I visited seemed to elicit a list of one more instead of one less. Yet in my heart I was constantly putting off the continent I yearned to see the most, because deep down inside I knew that once I had travelled there, the urge to go back would never leave me.

Then… at some point around the 3 year mark… London became just London.

At some point it lost its appeal and its dazzle, and something inside of me put on the rose tinted glasses of home and longed for warmer climates and beaches. Of course we all know that home isn’t really like that… but after spending years away from home, that grass started to look a little greener.

So after two years became three… three became four, and four became…”I’m in London… still??” … it was time to leave.

My time frame – one year…ish. So I planned, I packed, I sent boxes home and then it was back to beginnings… me and my trusty backpack.

It was the early hours of the morning when I left London. I sat in the taxi in the drizzling rain, which seemed to shine especially back at me from the streets, as if to be saying goodbye itself. I arrived at Heathrow airport. I checked in my backpack.

I waited for my flight with my travel buddy, transfered flights in Spain, fell asleep, and woke up in Lima.

One Last Dash for Freedom.

My nemesis and my love… Latin America.